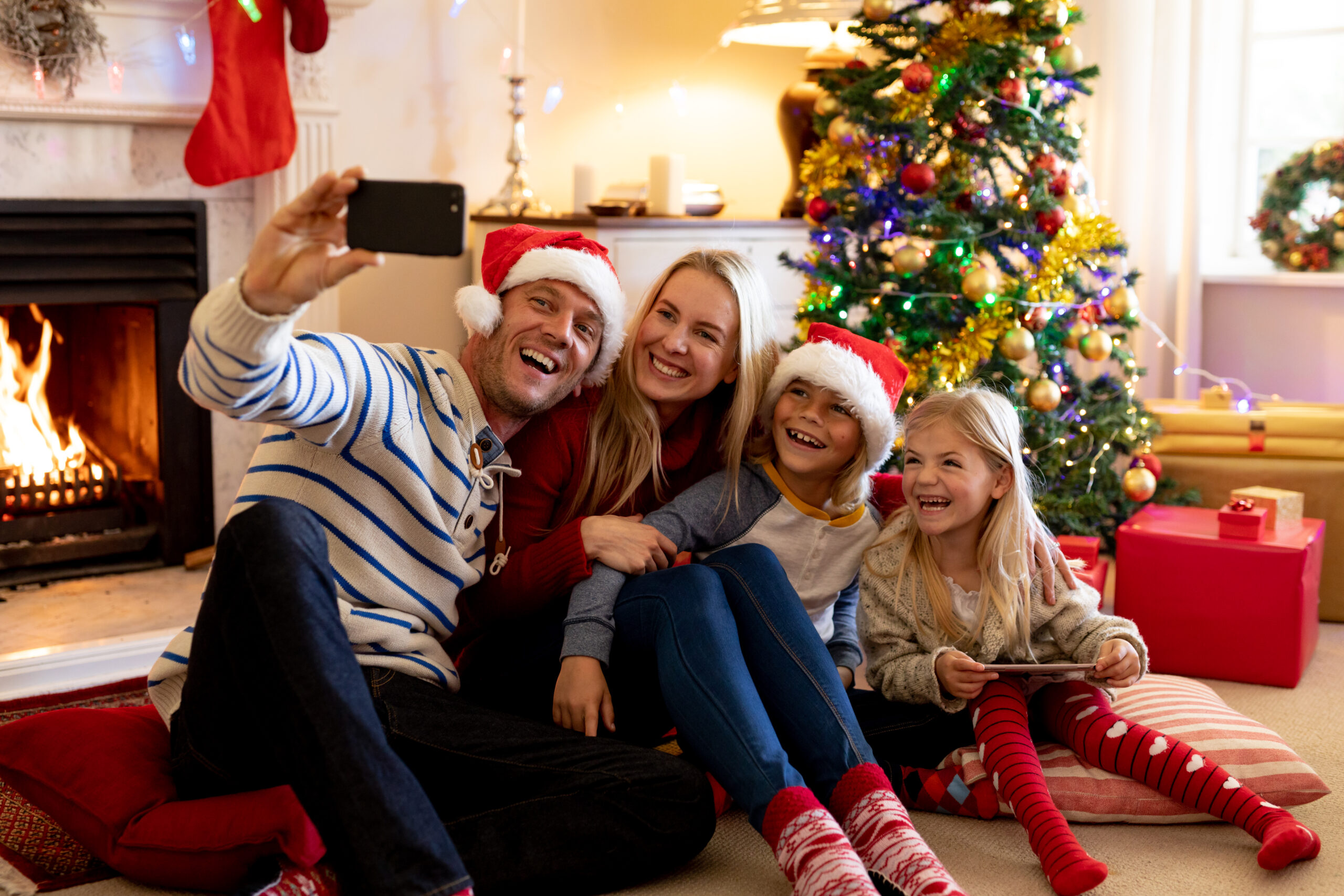 Twas the night before Christmas, the Miller family was enjoying dinner with a feast that could feed an army. Mom prepared a honey-baked ham, sweet potato mash, butter-glazed carrots, and her infamous butternut squash. The dinner rolls were hot, fresh, and ready for buttering.

The Miller family was simply indulging in their traditional Christmas eve dinner that was done year after year where the family was brought together to celebrate love, appreciation, and the time of giving. Little did they know a threat was lurking and ready to pounce at any minute where it all could have ended in a tragic way.

Dinner was a complete success as it was every year. Mom outdid herself with the magical tasty food that filled the table and the bellies of the family. Everyone gathered in the kitchen for the ritualistic cleaning of the dishes, the setup was a fine-tuned systematic approach that seemed to make cleaning dishes a family fun-filled event. It started with Mom being escorted to Dad’s favorite chair where she could put her feet up and enjoy the cup of tea that the family had made
special for her so she could enjoy watching the family systematically clean up.

This was the family’s way of showing Mom their appreciation for all she has done in preparing such a wonderful meal. Even though the dishwasher was readily available, the Miller family chose to manually clean every dish and involve the whole family in the process. Dad was at the front of the line where he scraped any excess uneaten food off the plate before being passed on to the oldest son Jordon. Jordon was responsible for pre-rinsing so it can be passed on to Janet (the oldest of the daughters). Janet was responsible for scrubbing the plate in a sink filled with soapy water ensuring it was cleaned to Mom’s approved shine. 🙂 The plate was then passed on to
Michelle (the youngest daughter) who would perform the final rinse.

The annual ritual was performed to show Mom how much they appreciated her hard work and the love that she put into creating such a beautiful dinner. The family thoroughly enjoyed Christmas Eve and the bounty that came with it. 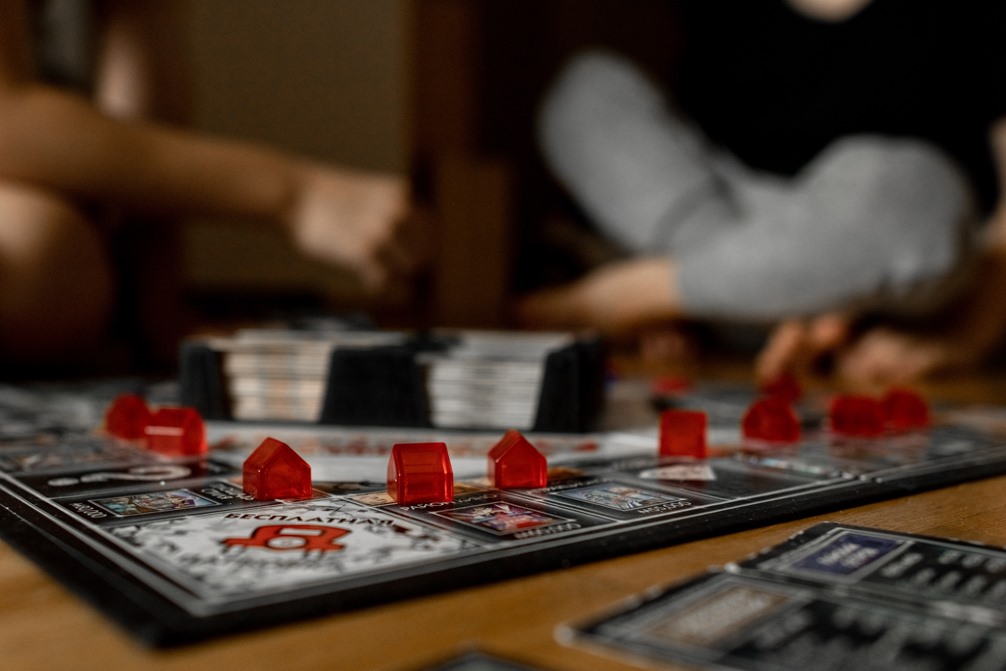 Next on the agenda was the family partaking in a game of monopoly. Dad was the trusted banker each year voted unanimously by the family. Mom always chose the thimble as her token piece to travel around the board, Jordan chose the top hat, Janet was the shoe, Michelle the car, and Dad was always stuck with the iron. The game would last a minimum of 4 hours but would always end up with the iron winning. Yes, Dad traditionally would monopolize and win the game
each year. Jordan and Michelle would always give him a run for the money but the inevitable result would be Dad owning the hotels and always bankrupting anyone who landed on his properties. 🙂

The time had come for everyone to call it a night and retreat to their rooms. Of course, this was after Dad was able to prance around announcing how great he was and yet winning another family monopoly game again this year. Let’s not forget little Michelle pleading with Mom and Dad that she should be allowed to open just one gift before going to bed. This had become a yearly request that always got turned down but that never stopped Michelle from trying.

Mom and Dad would smother the kids with kisses and hugs while tucking them all into their beds. Both Jordan and Janet were teenagers but that didn’t stop Mom and Dad to show their affection and love, especially on this magical evening. No matter how old the kids were, every year on Christmas Eve it was filled with excitement, and very difficult to fall asleep due to the anticipation of knowing what might be waiting for them under the tree. But eventually, they would fade off to sleep.

With the kids safely tucked away in their rooms, Mom and Dad would always do their safety walk ensuring the stove was off, and doors were locked, trying to keep the home as safe as possible. Mom would refuse to go to bed until she physically performed the safety check herself, this would give her peace of mind before falling asleep.

“Good night honey” whispered Dad, “Night sweetheart” Mom replies. The Miller family has just completed another successful Christmas Eve family function. Next on the agenda is when the kids come running into Mom & Dad’s room in the morning screaming “It’s Christmas” “Wake up Mom” “Wake up Dad” and “Let’s open up presents”. Well, that’s what is supposed to happen.

The time is now 2:48 am Christmas morning when something is about to happen that potentially could have taken everyone’s life in the family without a moment’s notice

The miller family was awakened by the force of the front door being smashed open by the local fire department. What started as a peaceful sleep to the end of a wonderful day has quickly become a fight for survival.

It seems the Millers have overlooked one thing when performing their evening safety check, turning off the Christmas tree lights. The Millers believed in a very traditional Xmas and a special part was selecting the perfect tree. It involved the family visiting a tree farm and chopping down a tree the family voted to be this year’s winner.

As you may or may not know, real trees will become dry and if cut down early enough they become very dry by the 25th of December making them a potential threat for fires if ignited in any way. It seems that the heat from the lights has expedited the tree and made it dry so when one of the lights had shorted that night, it was easy prey for starting a fire.

How did the local fire department become aware of the fire ? Well, back in july of 2022 the Millers called Alarm Guard Security inquiring about a home security system. After years of being unprotected without a security system and due to the recent break-ins in the area, the Millers finally decided to reach out and gather as much information as possible to securing their home and family.

Based on the consultation call and the information received, the Millers decided to have a smart home security installed in their home. The price, equipment and Alarm Guard Security company seemed to be the perfect fit for them. When the Millers were asked about smoke and fire detection they immediately said they had some in all rooms and were sufficient. They proceeded to book the installation for the following week protecting the doors (perimeter) and motions (interior) of the home from burglary.

The installer arrived on schedule and after performing the walk thru, the Millers were delighted to have him begin with the installation. Ryan the installer for Alarm Guard Security completed the installation in 2 hours and before wrapping up the tools he noticed two of the smoke detectors were not working as the batteries had been removed. This was common as homeowners would remove batteries due to annoying sounds of low battery alerts or them going off from falsely alarming, burned toast. This was frowned upon as in many cases would leave the area of the home vulnerable to fire detection.

Ryan began explaining to the Millers that they should seriously consider having a monitored smoke detector so, in the case of a fire where nobody was home or if they were passed out from smoke inhalation, it would send a signal to the monitoring center to alert them of the event. After explaining the benefits of having a monitored smoke detector the Millers agreed to have it added to the system.

Months have gone by and the Millers have consistently been arming and disarming the security system every day and night. They have taken full advantage of the system installed by Alarm Guard Security and continued keeping their home as safe as possible.

Long Story Short.. Or is that too late? 🙂 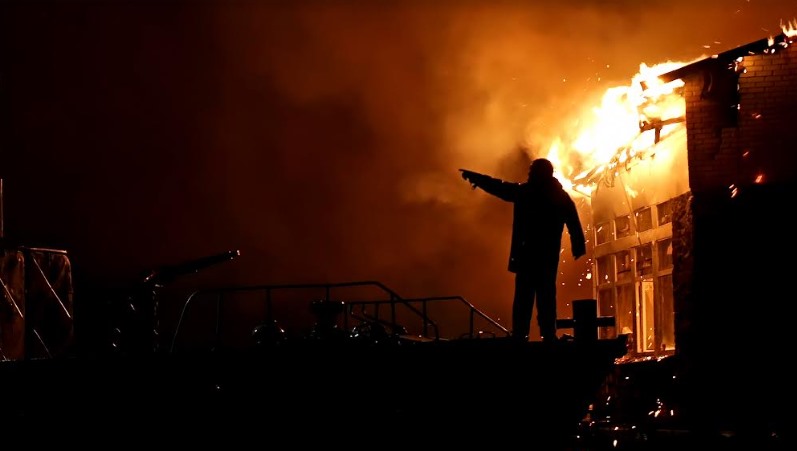 How did the local fire department become alert and save the day? Well, it all started with the lights on the Xmas tree and once it became smoldering it was detected by the monitored smoke detector installed by Alarm Guard Security. The smoke detector triggered the alarm system, causing a signal to be sent to the monitoring center where the action began to take place.

Because it was a smart home security system installed, the moment the signal was sent and the alarm was set off, instant notifications were sent to all the users through SMS and the secure app that is used to operate the smart home system. Unfortunately due to the smoke inhalation the Millers did not wake up or were aware of the fire. It is a protocol for the monitoring center to call the homeowners and when the Millers did not answer they immediately dispatched the fire
department.

When the fire department showed up at the Miller’s home they found it was filled with smoke and flames coming out of the roof. They immediately went into action and made entry into the home so they could extract every Miller out of the home safely. We are pleased to announce that the Millers are all safe and no serious injuries occurred during the fire. The damage to the home was estimated at several thousand dollars and their lives will be disrupted for some time, but the
blessing of life will continue for the Millers.

Alarm Guard Security has protected families across Canada for over 20 years and the Millers are only one example representing how smart home security works in protecting families and their homes.

AG would like to extend the very best wishes possible to all its customers and fellow Canadians across the country. Merry Christmas!!

For more information on how Alarm Guard can help protect your home or business please do not hesitate to contact us today. 1 866 282 3331