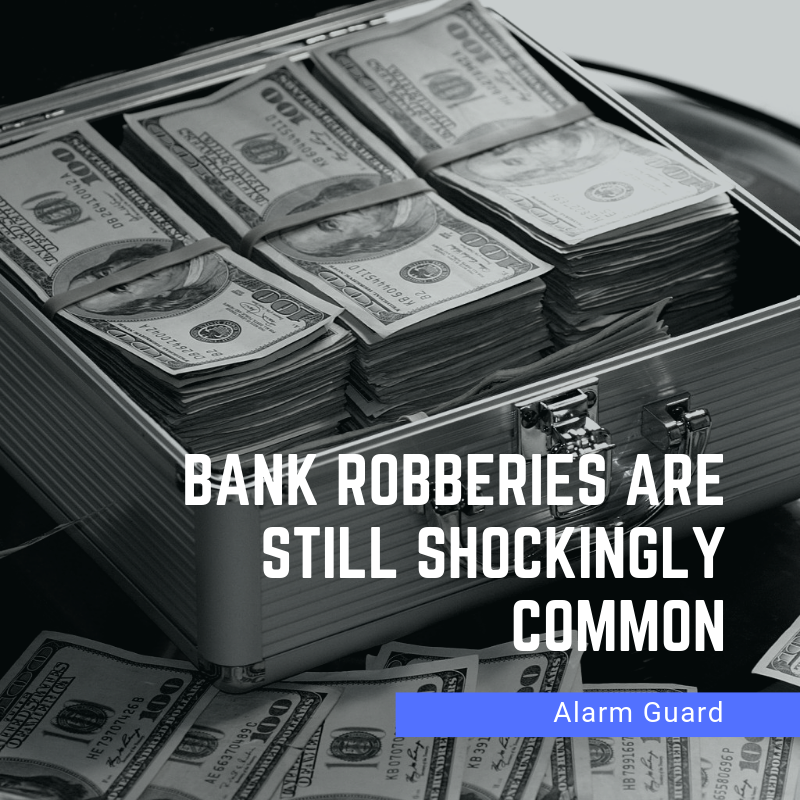 Carefully planned bank robberies are common scenarios in action movies and mystery tv shows. Skilled robbers, expert negotiators and brave hostages all play prominent roles in these entertaining scenes. However, for tellers and customers across the country, bank robberies are all too real. Even though financial institutions are highly electronic and secure, theft is still alarmingly common. In a single day in July, there were incidents in Parry Sound, Orillia, Vancouver and Pittsburg. Even more shocking? The suspects in all cases managed to escape. Though police quickly released information in an attempt to swiftly capture the crooks, money was successfully stolen at all locations.

How did the criminals manage to evade authorities? Unlike the movies, it’s rare for robbers to barge into a bank, guns blazing. In the majority of cases a single individual will communicate with a teller, as a regular customer would. They’ll either demand a sum of money or pass a note with the command. Because the robber acts calmly, the surrounding patrons are likely unaware that anything is out of the ordinary.

In fact, many such thieves practically make a career out of the act. Recently, detectives released video of a Toronto burglar who targeted a different area bank every few days. He even donned similar clothing and escaped in the same car during every incident. Yet, even after five robberies police still did not know his name.

These types of crimes span all types of communities, from big cities to rural regions and take place at a multitude of different times. They are so commonplace that customer-facing employees are regularly trained on how to handle themselves, should they communicate with a potential thief. In order to reduce the risk of violence and escalation, most tellers will simply hand over a sum of cash. Sometimes, a branch will have a bag of money handy, just for this purpose.

It’s difficult to deter these crimes. After all, they’re tricky for police to solve and the success rate is high. The average profit for a quick holdup is over $30,000. Additionally, many thieves threaten bank employees with guns or claim to have a weapon. Some branches have taken the steps to build bullet-proof glass barriers between their staff and the public but most do not as the expense can top $150,000.

The practice is less common now than in the early 1990s when police could juggle thousands of incidents per year. Detectives say that increased crime-solving expertise and technology has helped curb once-prevalent sprees. Alarmingly though, individuals who turn to bank robbing now are increasingly erratic and unpredictable due to addiction issues. Though the number of incidents may be slightly lower, the same cannot be said for the level of danger.

Should a bank employee or nearby customer happen upon a robbery, police urge compliance and a calm demeanor in order to defuse the situation. With the effectiveness and speed of modern commercial alarm systems, authorities can arrive at a location faster than earlier decades.