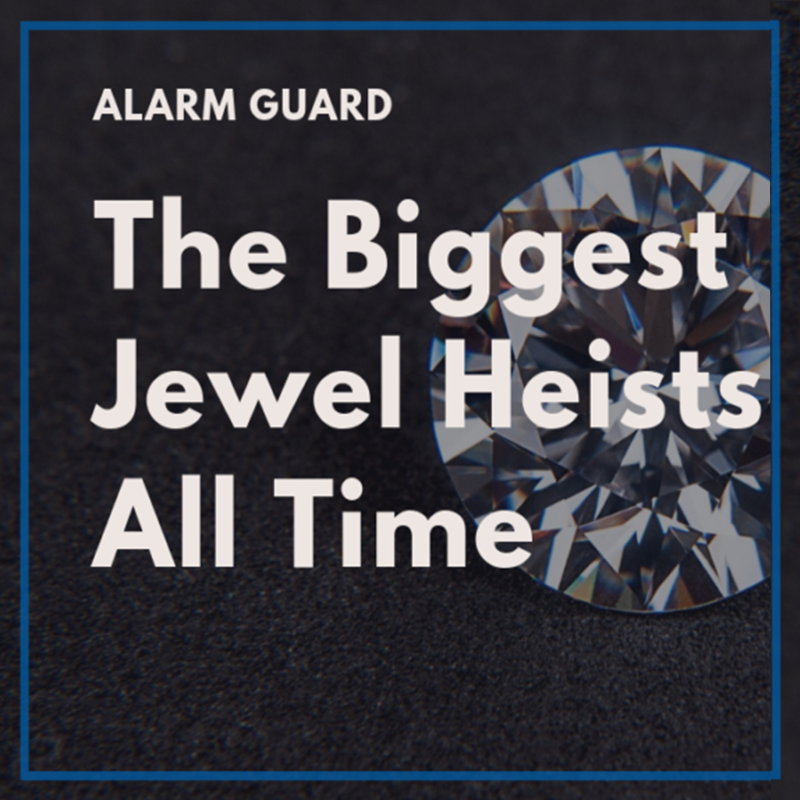 Everyone understands the appeal of fine jewels. Diamonds, gold, and other precious metal is rare and incredibly valuable. In countless movies, robberies of these pricey pieces are portrayed as well-organized, stylish and heart-poundingly suspenseful. Though in many cases Hollywood sensationalizes real-life stories for pure dramatic value, jewel heists might be one of the few crimes where truth is stranger than fiction.

Like the world-renowned Hope Diamond, the Millennium Star diamond (which boasts 203 carats) is a gigantic gem. Cunning thieves stormed the British display and tossed tear-gas to incapacitate staff. Had the team successfully grabbed the jewels, they would have made away with hundreds of millions of dollars in shiny pieces. Alas, a tip-off made police disguise themselves as employees to catch the crooks in the act. As an extra layer of security, they also replaced all the gems with fakes.

Antwerp, Belgium has been known as the global hub for diamonds for centuries. Most of the world’s diamonds pass through this district so any knowledgeable thief would select the city for the ultimate diamond heist. The vaults of the main storage centre were long thought to be impenetrable with sensors, locks and the latest in technology. Somehow a small group of men managed to steal $100 million in valuable stones before the ringleader was caught. He was sentenced to prison but kept his mouth shut – though the crime occurred nearly two decades ago, no trace has ever been found and police are still baffled as to how such an intricate security system was fooled.

From chic French hotels to exclusive Japanese boutiques, the uniquely named Pink Panthers have made off with some of the most valuable pieces of jewellery ever and have amassed a huge fortune during their long careers. One memorable incident had the group wielding machine guns in a famous hotel-based store in the South of France just as it was closing. The crew left with millions and the police eventually discovered that their guns held only blanks to scare the staff into handing over the gems.

Often, master thieves plan for multiple scenarios and spare no expense on elaborate costumes and disguises. Such was the case for the diamond thieves who painstakingly plotted the robbery of Graff Diamonds, a high-end shop in London’s most exclusive shopping area. The group was unrecognizable in their professional makeup and even parked cars to strategically block police from apprehending them after the hold-up. However, one of the men dropped his cell phone, providing detectives with an obvious clue that led to their arrest.

The staff at the world-famous jewel shop were frightened beyond belief when armed gunmen stormed the store and made demands using the employees’ names. The personal threats worked and the men, suspected members of the infamous Pink Panther crew, got away with over $100 million dollars’ worth of gems.